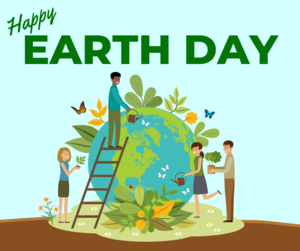 According to Earthday.Org, on April 22, 1970, 20 million Americans protested for a healthy, sustainable environment. By the end of that year, the first Earth Day had led to the creation of the U.S. Environmental Protection Agency and the passage of the Clean Air, Clean Water, and Endangered Species Acts. Fifty-two years later, the annual Earth Day celebration continues. Earthday.Org’s theme for this year is “Invest In Our Planet.”

The District’s Energy Management Program has not only improved the amount of energy used each day, but also helped save on operation costs. The program saved the school district more than $500,000 last year alone.

“Since the district started the program in 2008, we have avoided almost 9 million dollars in energy costs compared to our pre-energy program baseline use,” said Ryan King TCSD Energy Management specialist. “The energy conservation program has reduced our overall energy use by 650,537 MMBtu. These reductions in energy use mean that more than 46,500 metric tons of CO2 have not entered the atmosphere. That would be equivalent to around 9,500 passenger cars not driven for one year or more than a 1.1 million tree seedlings grown for ten years.”

“We are also upgrading the existing irrigation timers with new smart irrigation controls to help grounds crews better manage and control irrigation throughout the district,” said King. “Despite all our efforts, the fact is, the availability of water is extremely tight, so we will be limiting how much we water our lawns through the summer. This doesn’t mean we are letting the grounds die. They just won’t be as green as we would otherwise like them.”

Because we have thousands of sprinkler heads spread throughout the school district, sometimes a broken or misaligned sprinkler head may get unnoticed by grounds crews, resulting in wasted water. The District Operations Department requests the public’s help reporting a concern if they see sprinklers on school grounds wasting water. Please email [email protected] with the school and location of the situation.

As far as alternative energy generation goes, the district has a few small photovoltaic arrays (solar panels) scattered around the district, but we are not generating significant energy from them. However, we do have a geothermal system at Dugway School that is the primary source of heat exchange for the building.

The District Custodial Department uses the Environize System that creates an environmentally safe product called Anolyte. Anolyte is the product used throughout the school district to disinfect and sanitize surfaces. It also has a biproduct called Catholyte which can be used to clean carpets. Both biproducts are electrically-charged water, making it safe for the environment and our students and staff.

These are just a few of the things TCSD does to hep protect our planet. Families can also celebrate and protect the Earth through simple, daily habits such as planting a tree, conserving water, recycling, or reusing products, turning off the lights, picking up trash in the neighborhood and more.

For more information about Earth day, go to www.Earthday.org